Part 1: Yarra Valley Cabernet Sauvignon : from Hero to Zero and back again!

How Cabernet Sauvignon made our region, got forgotten, is being found again, and why we should all be drinking it now.

There is much being said about the Yarra Valley and our relationship to making unique and celebrated Chardonnay and Pinot Noir. So much so, wines based on Cabernet Sauvignon are relegated to a support role. But remember, one of the things that most defines the Yarra Valley is its wide diversity of micro-climates. Our farm is at the warmer end of the Yarra Valley growing spectrum…

…our vineyard is in the exact subset of Yarra Valley vineyards that produce superlative wines made from Cabernet Sauvignon. 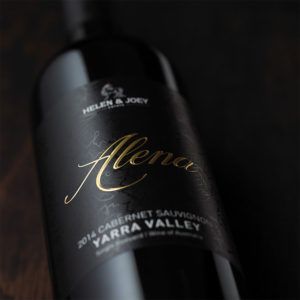 In the 1970’s and 1980’s Cabernet Sauvignon was the hero variety that established the reputation of the Yarra Valley. The key reason for replanting the Yarra Valley was a search for suitable vineyard land to produce wines that were so much more elegant and refined than other Australian wines being produced at the time: namely ones from hot inland regions. It’s hard to imagine now, but there was a previous time when elegance was valued above strength.

A forty year hiatus in Yarra Valley wine production resulted in early innovators replanting wine grapes based on comparisons to climatic indicators of the most famous regions of France. On the available information it looked like the Yarra Valley was warmer than Burgundy, the home of Pinot Noir, but slightly cooler than Bordeaux, the leading producer of Cabernet Sauvignon based wines.

Which way to go – Bordeaux or Burgundy?

At the time, Cabernet Sauvignon was in the midst of a global resurgence and had fashionability on its side, and so it would be that these wines hogged the spotlight. Refined, promising long cellaring potential and with relative scarcity, the Yarra Valley was producing some of Australia’s most sought after red wines from Cabernet Sauvignon, with prices to match… and all of this from a standing start.

And then we lost a grape

Why is it that Yarra Valley Cabernet Sauvignon became the forgotten hero?

The answer in short… Fashion really is a fickle thing!

Come the 1990’s the attention of wine writers, especially one very influential wine critic in particular, swung the pendulum towards over-the-top , jammy, oaky, in-your-face, blockbuster red wines. Industry buyers and wine consumers blindly followed. BIG REDS became the quintessential and definitive wine style associated with being Aussie. BIG REDS also became an investment game. BIG REDS became trophy wines too. So, Cabernet Sauvignon became the running-mate to hot climate Shiraz and had to be big, ripe and chunky – the very opposite of the svelte, taught and refined character of wines from the Yarra Valley.

In this environment, wines made from Pinot Noir have found more airtime and space to thrive. This occurred to such an extent that nearly all the regional and broader industry promotional efforts have been put into the relatively easier proposition of selling Yarra Valley Pinot Noir. Pinot Noir can’t be made BIG as it doesn’t suit hot climates. The vagaries of the variety make it unsuitable for large-scale industrial production. Pinot Noir suits the nature of the Yarra Valley with a cooler climate, filled with small scale producers.  The close proximity to the sophisticated Melbourne food and wine scene took care of the rest.

We would be the last to begrudge Pinot Noir its own rightful spot  in the lime-light. We still feel a tinge of sadness that Cabernet Sauvignon got lost in the shadows. Since reopening from 2020 lockdowns – that other shadow – one of our Cabernet Sauvignon based wines has been our biggest seller.

We are clearly seeing the signs of change in the fortune of Cabernet Sauvignon at our cellar door. Our taste in food is getting lighter and fresher. Elegance is making a come-back and the time is ripe for the Yarra Valley to become a stage for multiple lead actors that share the headlines and the spotlight.

While the BIG RED wine bubble certainly hasn’t popped, it has deflated somewhat. There are still markets, collectors  and consumers that either remain besotted with big hefty red wines, or are gullible enough to believe the hype and corresponding facade of prestige. As wine culture develops maturity and sophistication, driven by lifestyle, inquisitiveness and a love of diversity, we become more open minded and independent.

This in itself will bring an appreciation of restraint and grace, the characteristics so epitomised by Cabernet Sauvignon wines from the Yarra Valley…

… and that is why we are going to champion our Cabernet Sauvignons all winter long. 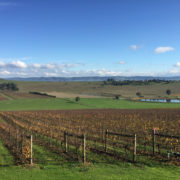 Helen & Joey Estate at The Good Food and Wine Shows 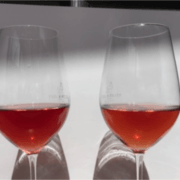 Is it ORANGE, ROSÉ, or WHITE? 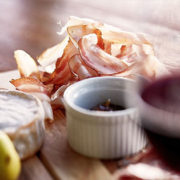 Blessed are the Cheesemaker 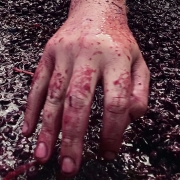